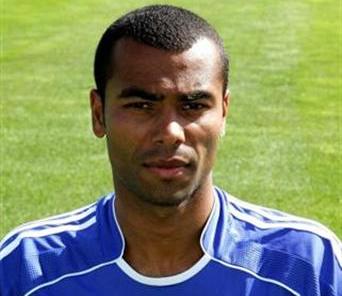 The transfer move is not certain but it appears more and more likely that Ashley Cole will be heading to the Bernabeau to join his old Chelsea manager Jose Mourinho at Real Madrid. It is quite obvious that Chelsea did not need the money from the transfer but it appears that neither Carlo Ancelotti, the Chelsea manager, or Roman Abramovich, the Chelsea coach, are making too much of a fuss about the move at the moment. This is quite understandable. Chelsea have benefited from arguably the four best seasons of Ashley Cole’s career and stand to make a healthy profit on the move, provided the rumoured figures of around £30 million are correct.

The money will seemingly be redirected to the Chelsea coach to spend as he pleases. Some might argue that Ashley Cole is only going to improve and the following four seasons might be more impressive than the latter. This might well turn out to be the case but Ashley Cole is soon to be 30 years old and there is no guarantee that his performance level wont begin to deteriorate.

Chelsea have a replacement at hand in Yuri Zhirkov, a very capable left sided player who can operate in defence or midfield. Zhirkov himself cost £18 million. He has been unable to find a regular starting place in the side but Chelsea can understandably see his promotion and Ashley Cole’s departure as good business. In terms of continuity, on the playing side of things, it will have an impact. Yuri Zhirkov is evidently a very capable player who justified his transfer fee in the 3 months Ashley Cole spent out injured.

Ashley Cole, though, is a proven consistent world class performer who his current manager has called the ‘best left back in the world’. The comment is not far off the mark by any means. Real Madrid, the club who claim only to sign the best, are in obvious need of a world class left back. Alvaro Arbeloa is far from being an ordinary player, in fact he is very capable, but he does not quite have the glamour or prestige which Ashley Cole does.

Chelsea are intent on reducing their wage bill, releasing Michael Ballack and Joe Cole, and selling Ashley Cole, one of the highest earners, will only help the matter even more. Peter Kenyon, the former Chelsea CEO, often mentioned Roman Abramovich’s desire to see his club operating within budget – without loss – by 2010. That target has passed but if Chelsea are ever going to achieve that target then cuts need to be made. Ashley Cole has been the victim of many English tabloid scandals and on an individual level it is quite understandable why he should wish to move. Not only might he cement his status as a world class performer by playing well for Real Madrid but he would also be able to avoid the constant attention of the English media which intrudes on his personal life.

Chelsea are likely to deny the move will happen but this would appear to be merely a formality, a modern football business gesture, to ensure the club receive the best price. The move appears to make sense for Real Madrid, Chelsea, Roman Abramovich, Jose Mourinho, Carlo Ancelotti and Ashley Cole himself.

Ashley Cole to Real Madrid? It is probably not a case of if and why but rather of how and when.